Carleton Place is certainly scenic – both in its natural beauty and its cultural attributes.

One scenic feature is an abundance of murals. Check out how this town’s history has been depicted in this compelling and artistic way. Take a walk and see them all!

The remains of an advertising mural for Chewing Plug Tobacco can be seen painted on the brick wall in the narrow alleyway to the left of this building.

This mural was painted in 2008 by Shaun McGinnis to bring life to the blank side wall of a cinderblock building. 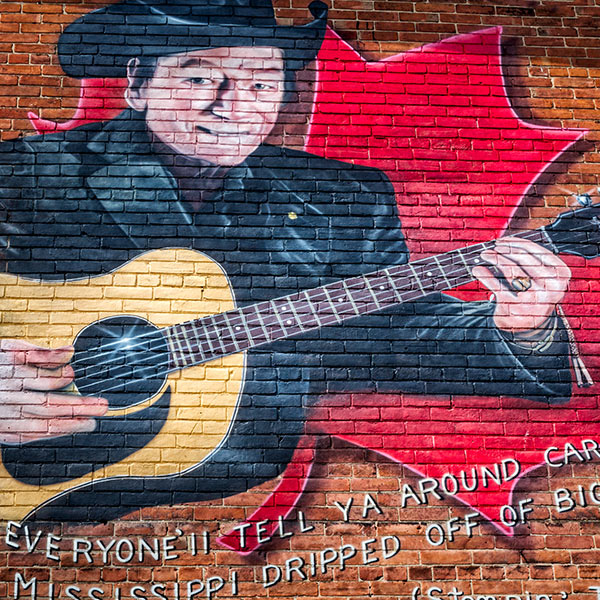 This mural honours country music star, Stompin’ Tom Connors. Connors was a frequent performer at the adjacent Mississippi Hotel and was instrumental in saving the building from demolition in 1990.

This building housed a Canadian Tire franchise in the 1950s, owned and operated by Elmer McIntyre.

Built in 1870, this building has been in almost continuous use since as a hotel and bar. Look for the ‘Queens’ sign painted near the roofline on the left side wall of the hotel.

The Taylor family owned this three-storey, red brick block, operating a hardware store and garage between 1888 and 1930. The painted advertisements on the Mill Street façade were repainted in 2010. 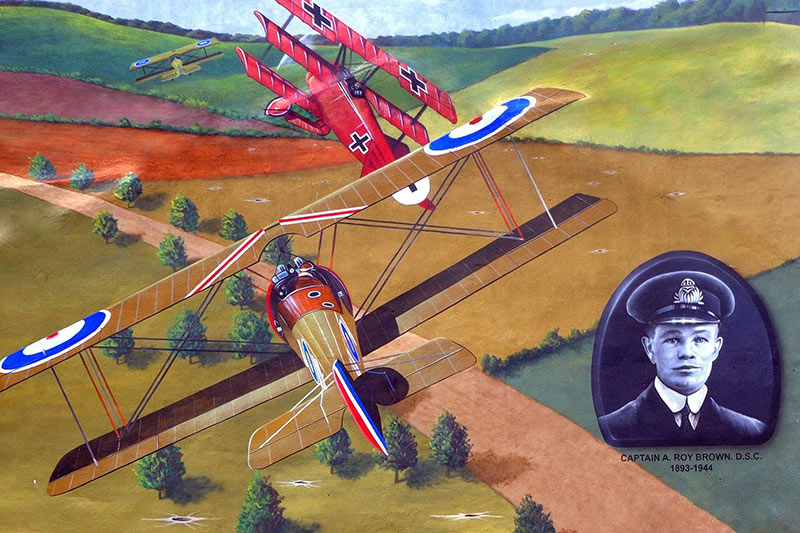 This mural was painted in 2012 by Shaun McGinnis and commemorates the famous World War I air battle between Captain A. Roy Brown of Carleton Place and Baron Manfred Von Richthofen (The Red Baron). The Red Baron’s plane was shot down on April 21, 1918, with the fatal shots attributed to Brown.

These six murals were completed in 2014 and depict aspects of Carleton Place history:

This mural commemorates the Findlay Foundry and overlooks the now vacant site of the vast ironworks just across the Mississippi River. David Findlay founded the ironworks in 1860 and it grew to be the main industry in Carleton Place, operating until the mid-1970s.

William Patterson ran his furniture and undertaking business here beginning in the mid-1890s and the building remained in the family until 1976. The sign was repainted in 2010.

A tribute to Wayne Richards, known to many as “Wandering Wayne”.  Richards was a fixture on town streets and could often be seen standing in front of the Queens Hotel.

One of the newest murals in the community is a nod to the past. This mural was created to celebrate the Carleton Place Chamber of Commerce’s 100th anniversary in 2016 and depicts the history of business in our community.

Windows to the Past

267 Edmund Street, behind the Museum