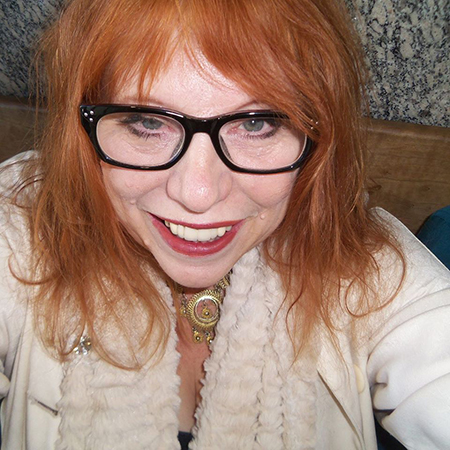 Linda was born and raised in the Eastern Townships of Quebec (Cowansville) and was transferred to the Ottawa area in1974. She began her journey as a fashion designer for Le Chateau, and two children's manufactures in Montreal in the late 60s, and was also in sales, management, and marketing for a Sherbrooke and Ottawa retail chain. Linda opened her first store in Ottawa in 1976, and when it closed in 1996 it was the longest running store on Rideau Street in Ottawa. She also had a store in Toronto and opened a second store called Savannah Devilles on Rideau street where she dealt with a lot of Rideau Street homeless youth and was dubbed in the Ottawa Citizen as “The Mother Theresa of Punk Rock”.  She is also proud of having been able to design the wardrobe for “You Can’t do that on Television” for the first 3 years on CJOH and CTV.

Not everyone went the academic route: Linda completed a fashion design course in 1967 in Montreal and took Literature courses at Sir George Williams University (now Concordia University, Montreal). She has published 6 books and was a writer for:  East Bay Express, Berkeley Daily Planet, Open Salon/Salon Magazine, USA Today, and currently for the Sherbrooke Record newspaper and the Eastern Townships Sun Magazine.

She briefly volunteered with the Ottawa Civic Eating Disorder Clinic in the 90s to promote awareness for bulimia and anorexia and created a non profit  “all ages music venue” with Shawn Scallen called “Two Steps Above” on Rideau Street-- so kids could come and play music without the big fees. Linda also merchandised the Oakland Children’s Hospital’s thrift stores in Fremont and Berkeley, California. She enjoyed two season marketing the Carleton Place Farmers Market and also helps market the Carleton Place Hospital Christmas House Tour every year.

For the past 5 years she spends 6-7 hours a day documenting Lanark County History and is also an admin and content provider for the Lanark County Genealogical Society page. She has also formed two local history group pages: The Tales of Carleton Place and Tales of Almonte on Facebook and provides content as well as being a local guest speaker.

Linda has been a resident of Carleton Place since 1981 and lives in the Morphy Cram House, or as some know it better as the Hi Diddle Day House. Heritage is extremely important to her and over the next four years she wants Carleton Place to grow, but try and keep the identity we have. Linda wants to maintain our historic character and quality of life-- so we should  inventory our assets, and shape our future around them. She believes the council needs to work together and not have a repeat of the last four years-- so she will listen and ask a lot of questions and do the very best she can for the town of Carleton Place as that is what she was elected for.